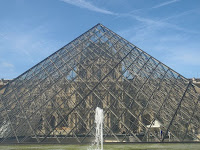 This was a bit of a short week, with only a few days on-site and then our mid-dig break. The mid-dig break is extra long this year because Danielle and I went to Paris – yes, legitimately…The Department of Antiquities had its 11th ICHAJ conference in Paris from June 7-12 and so we presented on our work and then enjoying the city. A mid-dig break in Paris, who could ask for more? Deb also was in Paris and Kevin met us there, to then come back to Kharaneh afterwards as our ceramic specialist (the easiest gig he will ever have since we have no pottery!). 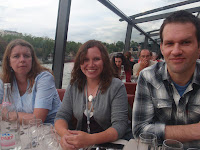 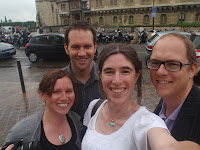 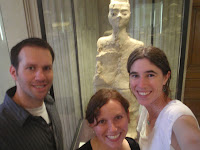 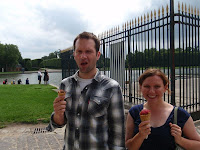 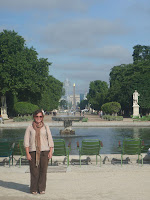 Paris was an excellent time. Prince Hassan hosted a sunset dinner cruise on the Seine our first evening there (pic with Deb and Danielle and Kevin). Then, the next day were all the prehistory papers. And then we were all finished presenting (except Deb who was the next morning) and we enjoyed some more papers and the city. I’ve attached some pics here, including Kevin, Danielle, Toby and I outside the fantastic prehistory museum just outside Paris. We also made a trip to Versailles (Kevin and Danielle eating ice cream), the Louvre (hanging out by the fountain) and a million other places in the city. It was also sunny and beautiful for pretty much the entire trip. We ate all the cheese, croissants, and drank all the tasty French wine we possibly could in a week (and it still wasn’t enough). 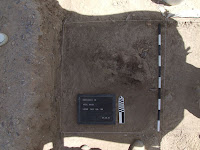 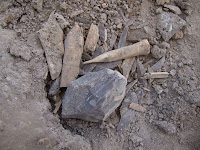 The rest of the crew worked for one extra day (suckers…) during which Bryn in Area B found a small concentration of lithics and a bone point (pictured here in the square and up close) within the corner of an occupation surface. Area A spent the day moving dirt, trying to get some loci removed to uncover a compact living surface we first discovered in 2008 and excavated also in 2009. We also had another fairly breezy day, as you can see from Rebecca and Jen all bundled up. Then the crew dispersed throughout the country to Petra, Amman, the Dead Sea, Aqaba, and even some went up to Syria to hang out in Damascus for five days. All had a great time – nice and relaxing and ready to dig, dig, dig again. 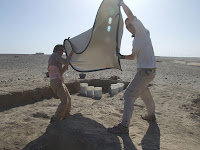 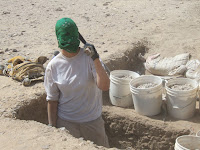 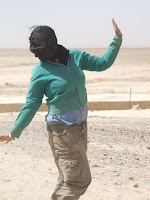 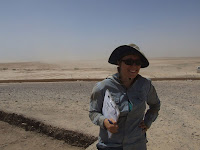 Posted by Epipaleolithic Foragers in Azraq Project at 12:49 PM